Established in 2010, Genesis Children's Theatre started when the  mother and daughter team of Neicole Woodall and Megan Demsky wanted to offer something new and exciting to the young actors in North Texas.  Together, they wanted to create a space where all kinds of children and their families could come together.  Starting with one summer camp, Genesis has grown into a full children's theater.  They have created an environment where teaching the art and discipline of acting, as well as nurturing the students, is always the goal.  Because the process is the focus, the product is always heart-warming and inspiring.  Mrs. Megan and Mrs. Neicole believe that if you have a good thing, people will be drawn to it.  Thrilled and excited for the years ahead, Genesis Children's Theatre will always strive to be an arts advocate for all children of North Texas. 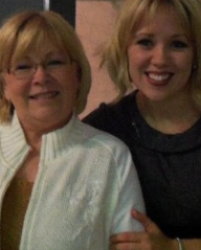 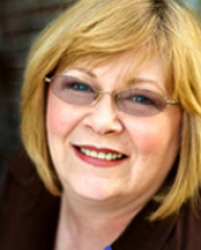 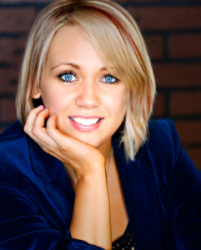 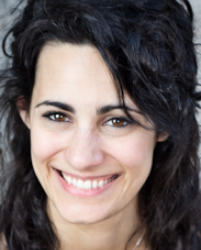 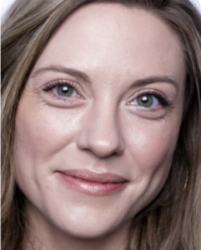 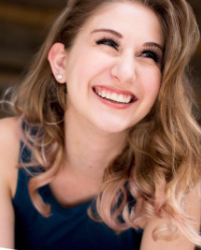 After spending many years in children’s theater, Neicole and her daughter, Megan decided it was time they started their own children’s theater. Focused on the mission of creating extraordinary theater experiences and to advance theater as a means of educating, challenging and inspiring young people to their full potential, Genesis Children’s Theatre is thriving, growing and recognized as the premier children’s theater in the area. Neicole works as the Executive Director, but you will also see her covered in paint getting the sets ready, sewing costumes for her “grandbabies,” and cleaning the bathrooms. She is the heart and soul of the theatre, and a grandmother to all.

Megan grew up participating in local children’s, community, and college theaters. She began directing almost 20 years ago. Starting as a dancer, her mother opened the doors to acting when she was in the fifth grade and she never looked back. She has always had a passion for coaching actors to find their "ah-ha" moment. She has directed over 100 main stage shows, classes, and camps. She is dedicated to elevating children's theatre to a whole new level of artistic heights. She is dedicated to putting the actor first, making sure that they are challenged but always respected and encouraged. She is not only a gifted teacher, but also an accomplished professional. Some of her favorite roles include Winnifred in Once Upon A Mattress (GCT, Column Award for Best Actress), Ado Annie in Oklahoma (GSM, Leon Rabin Nomination for Best Supporting Actress), Ellie May Chipley in the concert of the completely restored Show Boat (Lyric Stage), and Elizabeth in Young Frankenstein at Repertory Company Theatre and she looks forward to the Genesis staff show each year! While playing Kate in Titanic at Lyric Stage in Irving, she had the privilege of being directed by Broadway director Drew Scott Harris. Shortly afterward, Mr. Harris invited her to understudy Tony nominated actress Marla Schaffel as Maria Rainer in the National Tour of The Sound of Music. After The Sound of Music closed, Megan moved to New York City and lived there happily for 4 years. While in New York, she was cast in the TheaterWorks’ first national tour of Henry and Mudge. After the tour was over, Tim, their pug, Max and two guinea pigs decided to move back to Plano. Since then, they have enjoyed 11 years of marriage and had one beautiful son, Connor, who saw his first production at Genesis when he was 2 days old! To say he has grown up at Genesis is her biggest source of pride.

Meg Sullivan graduated from Baylor University with her Bachelor of Fine Arts in Theatre Performance and emphases in Directing and Arts Management and Marketing. She then received her Master of Fine Arts in Theatre Performance from Arizona State University where she wrote her thesis about devising and creating faith-based theatre. She is an educator, actor, and director who is passionate about theatre for young people, and how it can teach humility, empathy, compassion, and leadership. She has worked as a Teaching Artist for Dallas Theatre Center, Dallas Children’s Theatre, and Childsplay Children’s Theatre, but Genesis is definitely her home. Her favorite acting roles include Athena from The Odyssey (BU), a Witch in Macbeth (BU), Cunningham from The Last Days of Judas Iscariott (Stray Cat Theatre), Deborah from H2O (directed by Jack Reuler) and La Llorona from ¡Bocón! (ASU). Her absolute favorite role was Lotty Wilton from Enchanted April (directed by Steven Pounders).

Meg Parker Wilson graduated from Southwest Baptist University with her Bachelor of Arts in Speech Communications and Theatre. She also studied at the Los Angeles Film Studies Center and interned for the Features Casting Directors at 20th Century Fox. She has a passion for training children in the areas of communication arts and theatre because of the impact it has in their lives and community. She loves costuming and training students in the area of costume construction and design! She has had the privilege of learning from and directing for GCT since 2011. She has worked for Prestonwood Christian Academy as a director and instructor for middle school theatre and currently serves as their Director of Communication Arts. Two of her favorite roles have been May from Last Train to Nibroc (SBU), and Amy March from Little Women (SBU). Her favorite shows to direct include Beyond Tolerance (PCA), 1984 (PCA) Freak the Mighty (GCT), Cloudy with a Chance of Meatballs (GCT) and most recently Madagascar Jr. (GCT). Film credits: Seasons of Grey, A Modern Day Joseph Story (Kate Welling) (Echolight Films) and Aliens in the Attic (Brook) (20th Century Fox).

Jenna Malisheski-Willard (She/Her) is a professional actress from the Houston area, with a BFA in Musical Theatre from Sam Houston State University. Having over 12 years experience as a performer, as well as serving as a high school theatre director for Tomball ISD, she is thrilled to be utilizing her skills on the Genesis Children’s Theatre Team! She is particularly passionate about her work as an anime voice actress for Sentai Filmworks. Jenna has been involved in over 50 different productions, with some of her favorite previous musical credits including Rocky Horror (Janet), Cabaret (Helga), Little Women (Beth), 25th Annual Putnam County Spelling Bee (Logainne), Mamma Mia, Urinetown, Jesus Christ Superstar, All Night Strut, and A Christmas Story. She can’t wait to build new memories with all of the wonderful people and productions at Genesis Children’s Theatre!