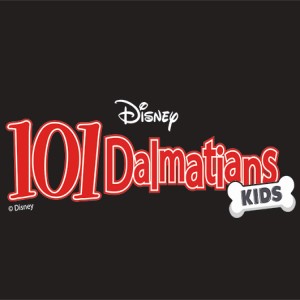 Based on the classic animated film, Disney's 101 Dalmatians KIDS is a fur-raising adventure featuring Cruella De Vil, Disney's most outrageous villain, and 101 of the most adorable heroes to set their paws onstage. With a high-spirited score and lovable characters, this stage adaptation is certain to charm and delight all audiences.  Pet owners, Roger and Anita, live happily in London with their Dalmatians, Pongo and Perdita, stalwart dogs devoted to raising their puppies. Everything is quiet until Anita's former classmate, the monstrous Cruella De Vil, plots to steal the puppies for her new fur coat. The Dalmatians rally all the dogs of London for a daring rescue of the puppies from Cruella and her bumbling henchmen. 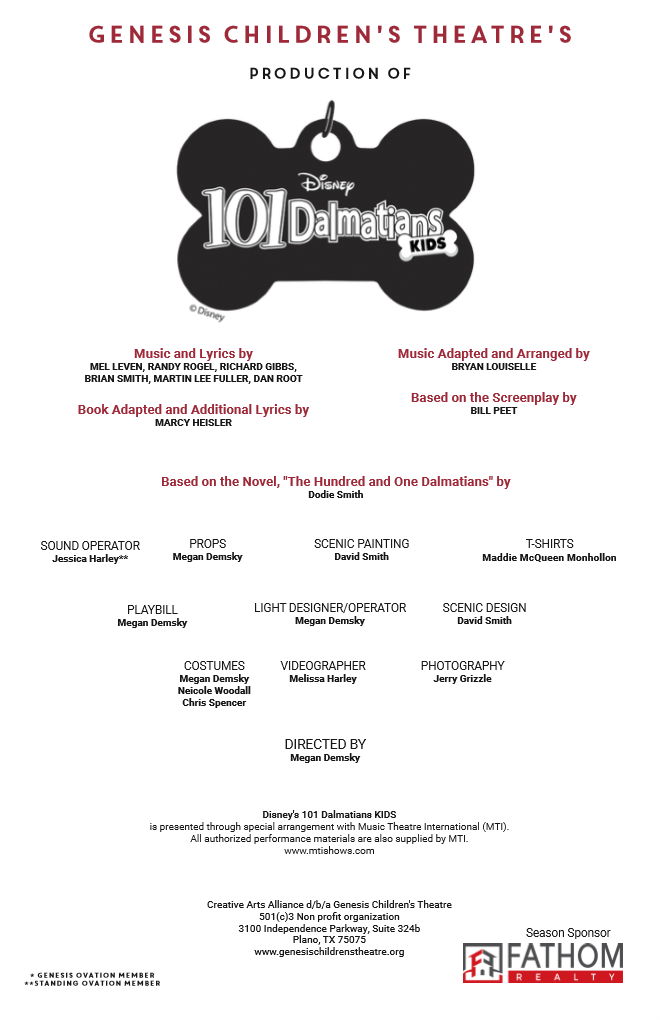 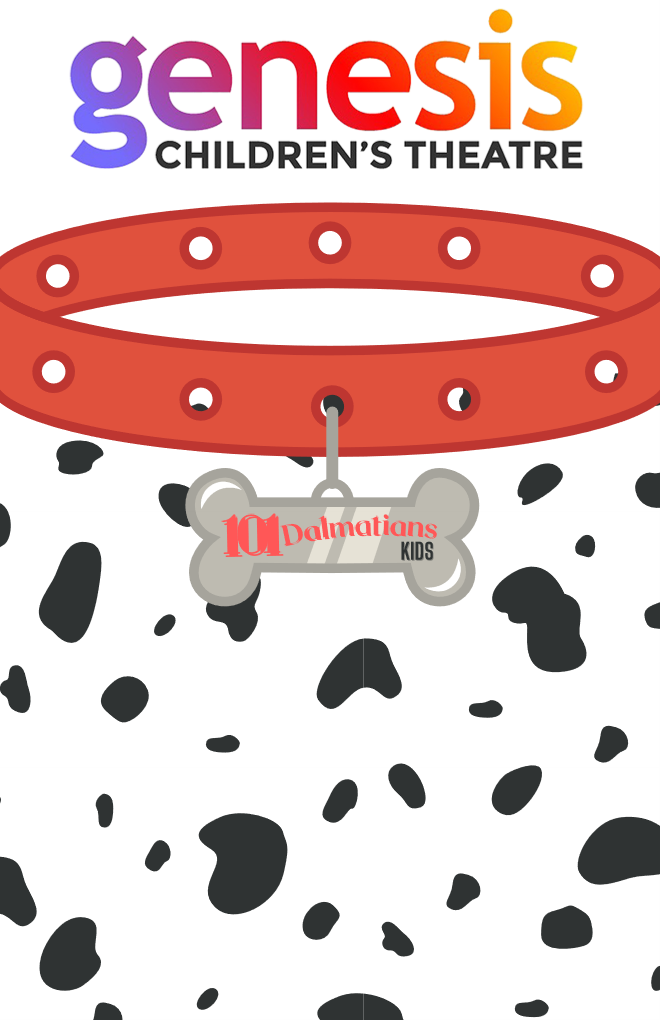 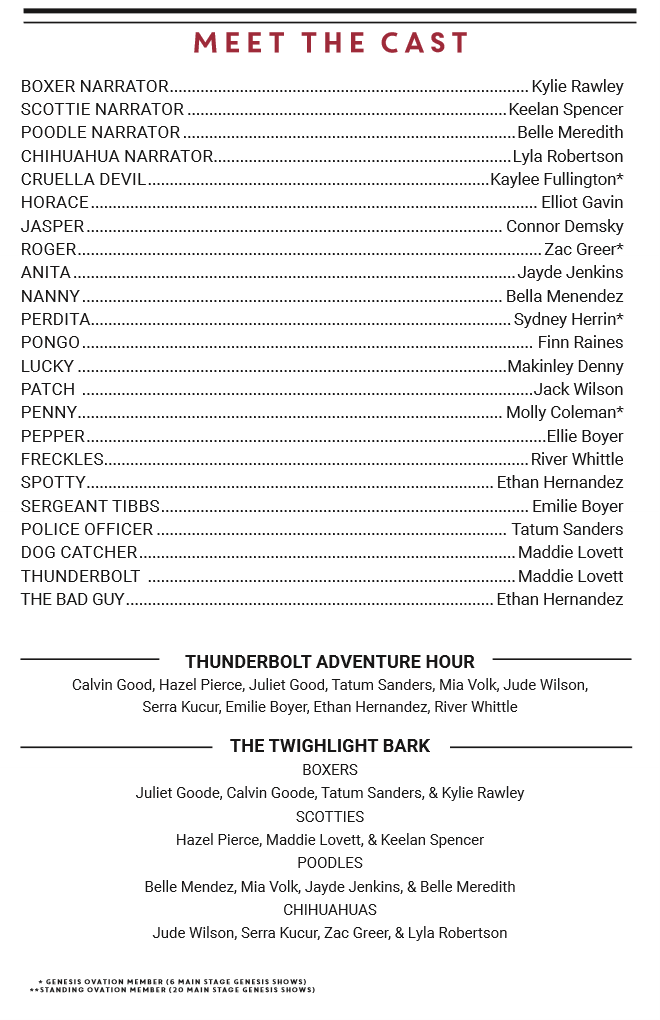