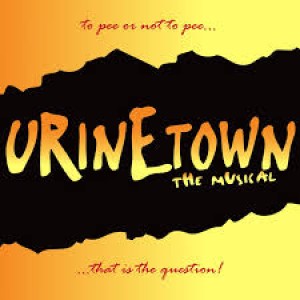 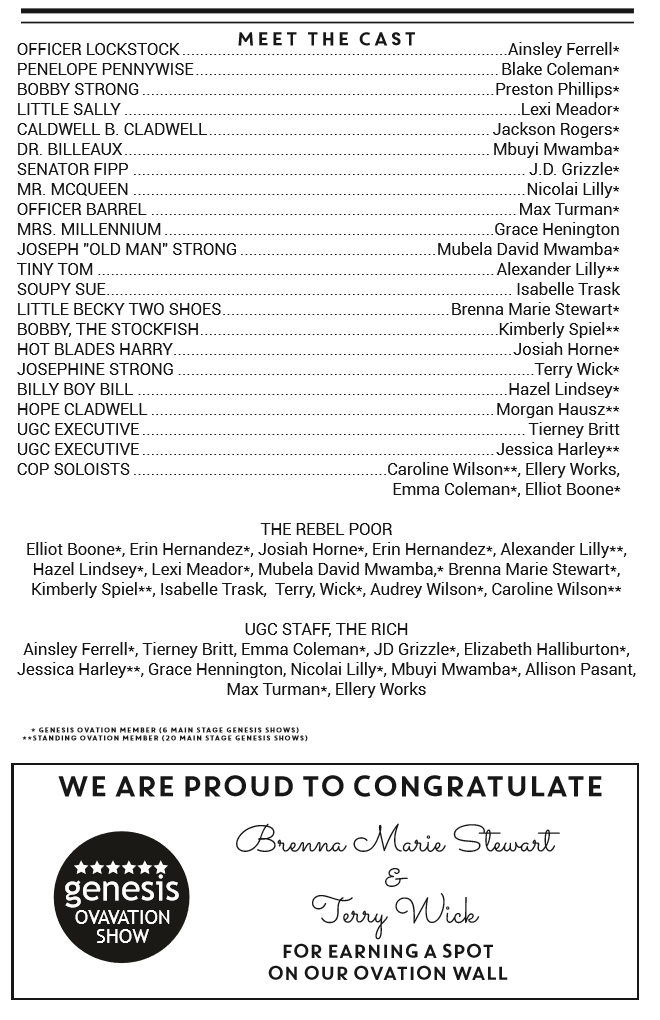 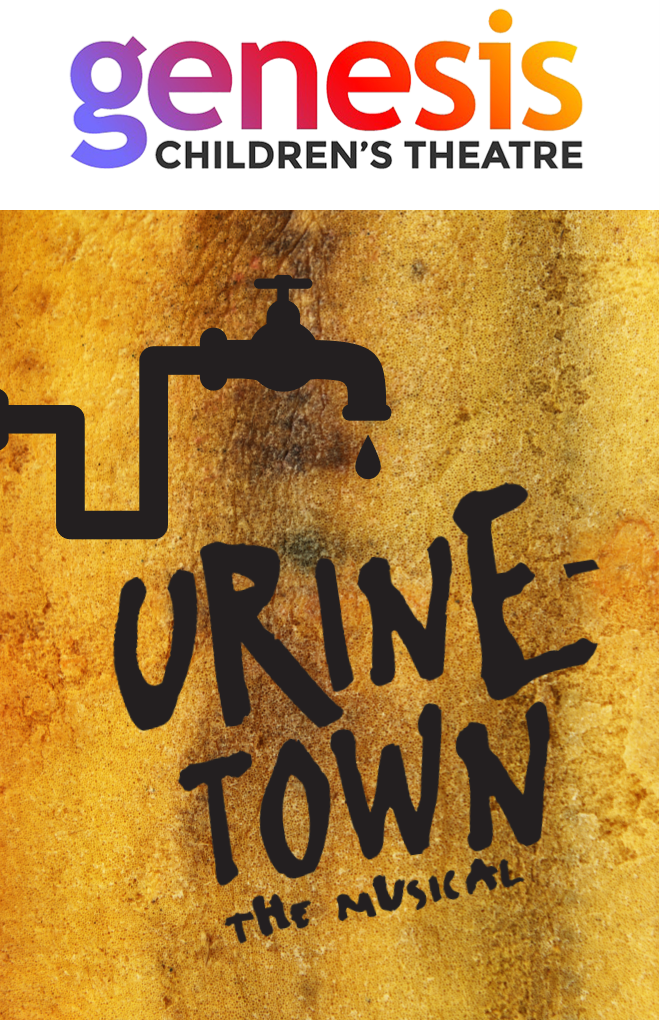 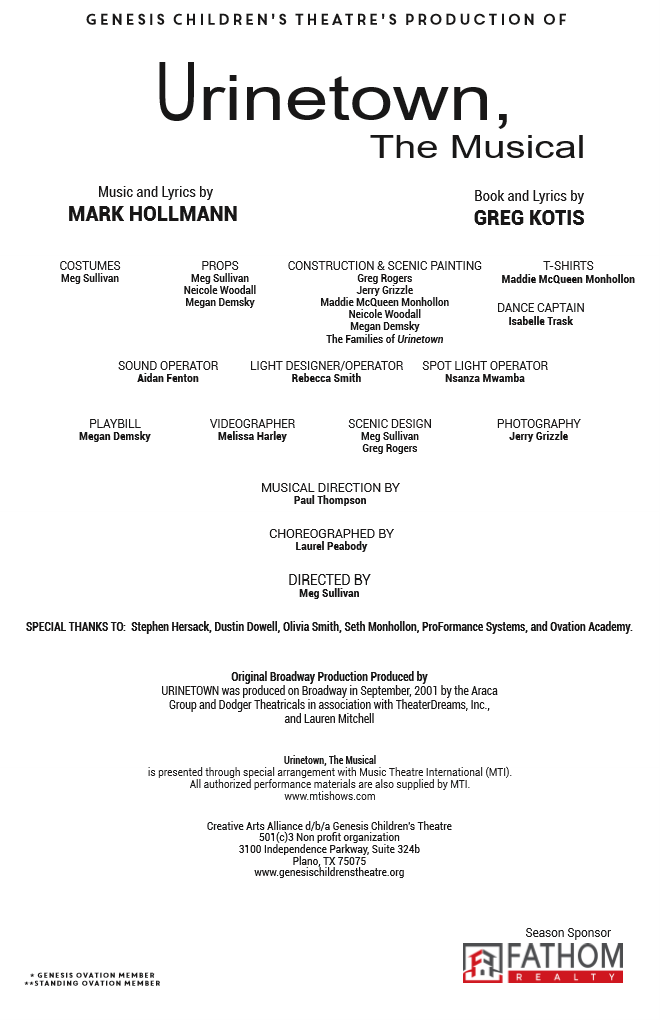 First Round: Choose a 1-Minute song from the show to perform. You will submit your video to the Google Classroom, link provided upon registration. Audition Videos Due: August 20 by midnight. Early videos are welcome and encouraged.

Second Round: Callbacks will be held at Genesis on August 27th, 5:30-9:30pm. Sides will be provided.

A parent & student must attend from each family.

Srike: Strike will follow the final show. All cast & parents asked to stay for strike.